At the Federal Republic of Germany joint booth (German Pavilion), in Hall W3, Stand B1-2, Hatz will present its current H-series three- and four-cylinder engines, along with new drive concepts in conjunction with Stage V.

With the H-series Hatz is presenting the latest generation of its engines at the trade fair. The water-cooled three- and four-cylinder engines combine greater output, higher power, lower fuel consumption and a long service life through groundbreaking downsizing. State-of-the-art technologies such as Bosch common rail technology, use of turbochargers and the newly developed exhaust gas return system are key components of the compact engines. The H-series satisfies the requirements on emission ceilings such as Stage III B in the EU, Tier 4 Final in the USA (without diesel particulate filter) and Stage V.

A special trade fair highlight for Hatz is its use of 3H50T H-series engines in the class below 19 kilowatts. State-of-the-art engines and turbocharger technology permit engines from the under 19 kilowatt class to be the frequently logical substitute for a drive from the 19 to 37 kilowatts class. Machine manufacturers thus have the capability of installing smaller and nonetheless powerful engines in their compact machines without an additional diesel particulate filter despite Stage V. There is no need for any redesign to create additional space for diesel particulate filters, and the value chain still remains for existing compact machines.

At the CeMAT Hatz will also present its new online documentation. Hatz has created an online portal that gives customer access to important documents for engines including their installation and operation. When they input the engine number, customers are quickly and directly routed to the latest documents available specially for the engine type in use. 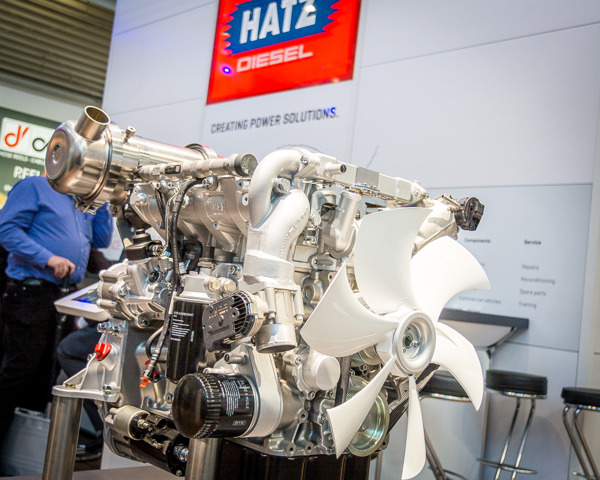