Furthermore, the German engine manufacturer presents future orientated solutions around the proposed emission standard EU stage V in regard to the year 2019. Hatz Systems will introduce modern generator sets and hydraulic power packs. The exhibition stands are located in hall A4 number 548 and on the courtyard 4‑5A stand 9.

Besides the already existing water-cooled Hatz 4H50 engines there also will be three-cylinders available in the future. For an optimal combustion process, best operating characteristics and reduced emissions they are also equipped with the Bosch common rail technology – maximum injection pressure 1800 bar – similar to the successful four-cylinders. For the first time this system is used in an off-highway diesel engine with three-cylinders. Thanks to the turbo charger and the intercooler the engines have a maximum torque of 185 newton meters (at 1600 to 2000 revolutions per minute) and a maximum power of 42 kilowatts. This all requires an installation space of a quarter of a cubic meter only.
With a capacity of 1.5 litres and a maximum speed of 2800 revolutions per minute this three-cylinder engine sets standards. Furthermore, an additional power-take-off is added to the H‑family with this engine.

Following the family concepts, the various three-cylinder versions are also orientated on the currently valid and future emission standards. The Hatz 3H50TI does not need any exhaust after treatment and reaches the standards EU Stage IIIA and EPA Tier 4 interim in the power range 19 to 37 kilowatts.
The Hatz engine 3H50TIC in particular is designed for the US market, Canada and some Asian countries. In order to comply with the exhaust emission standards EPA Tier 4 final (19 up to 56 kilowatts) and EU stage IIIB (37 to 56 kilowatts), a combination of external exhaust gas recirculation (EGR) and diesel oxidation catalyst (DOC) guarantees the necessary reduction of exhaust emissions. Both engine variants will extend the Hatz engine product range from 2018.

Engine concept of H‑series has proven its reliability

All engines of the H engine family which was introduced in January 2014 are characterised by an innovative concept, the most compact dimensions of its class, the exclusive use of premium components as well as the production in Germany. Therefore, a long service life which is typical for Hatz products is ensured for these unique power packages.
“The weight and consumption values are lower than those of any other engine of this class. This could be achieved, among others, thanks to the iHACS technology (intelligent Hatz Advanced Combustion Strategy) with its sophisticated combustion chamber geometry, Bosch injection technology, minimised friction and a charge air pressure of 1.7 bar”, explains Christian Hatz, Managing Director Research & Development at Hatz. Even without diesel particulate filters, this unique technology also enables the engines to comply with the current exhaust emission standards and assures a performance at reduced noise and vibration levels.
All advantages of the H‑series will be presented for the first time to interested visitors at Bauma during an engine live demonstration at the outdoor stand.

For more than 100 years, an optimal combustion strategy and sustainable development concept have enabled Hatz to produce particularly compact air- and water-cooled engines which are unequalled. Today, Motorenfabrik Hatz is the only manufacturer worldwide providing a complete Tier-4-final certified engine range up to 19 kilowatts. “The future requirements of the EU standard stage V up to 19 kilowatts are exceeded. For a long time, these small engines which are certified for the US market, have been sold in Europe without any legislative pressure in the European market”, emphasizes Christian Hatz. “Therefore, the European legislation is adjusted to our standards. Nothing will change for our customers.”
For the H‑family Motorenfabrik Hatz expected the stricter regulations concerning a diesel particulate filter (DPF) at higher power classes and designed the engines accordingly from the beginning. In the meantime, Hatz has gained several years’ experience, among others, with the application of the engine 4H50TIC-DPF and other DPF engines.
“At Bauma, we will present the EU stage V solutions Hatz 3H50TICD and 4H50TICD which will be launched in the market well before the introduction of the new exhaust emission legislation in 2019, says Wolfram Hatz, Commercial Managing Director at Hatz. “Field tests with customers of the H‑series who will use the new Stage V engines from 2019, have already been carried out.”

In addition, Hatz System presents two new finished products, which all make use of the advantages of the new water-cooled engine series. The silent canopied machines, which both convince with a noise level of less than 65 dB (A) at seven meters distance and with the best fuel economy in this power class on the market, are presented at the outdoor stand. Equipped with the engine Hatz 4H50TI at 1500 revolutions per minute, the newest generating set Hatz HEA‑27TDCW5 produces 27 kVA at 50 hertz and 400 volt and complies to the current standard EU Stage IIIA, stricter emission levels are optionally available with other engine versions. The set is available as emergency standby and continuous power supply version and with its robust frame and canopy, it is even suitable for the rental market. The second new product release is a worldwide unique hydraulic power pack. With the EU Stage IIIB engine Hatz 4H50TIC, the new Hatz HAA‑25HDCW supplies 25 kilowatts hydraulic power. The modular designed power pack is completely piped and includes all necessary hydraulic components such as a 120 litre tank, filters, oil cooler with fan, manifold valve and alternatively a gear pump or a axial piston pump. Different hydraulic circuits and an electric priority switch are available from the modular construction set. 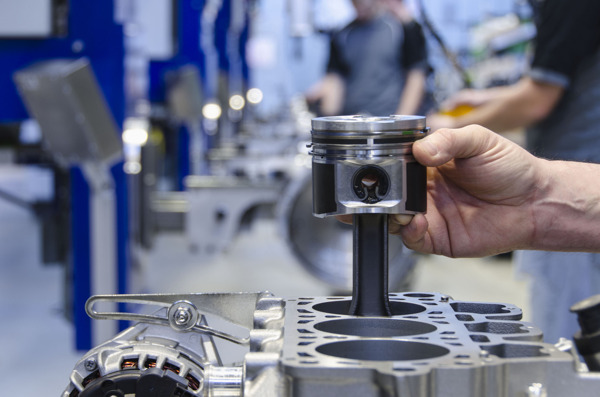