The German based company Motorenfabrik Hatz comes up with a variety of new products at this year's CONEXPO in Las Vegas. Most important the American introduction of the 4H50TIC, which in particular is characterized by its compact design and the DOC-only emission concept. Developed with a consistent downsizing approach, the engine is especially tailored to customers in the US and the EU.

Moreover, the business field 'Hatz Systems', which develops and sells entire systems based on the Hatz diesel engines, showcases a combination system, consisting of a climate compressor and alternator as well as the PM generator IPP (intelligent power pack).

All exhibits will be shown on a newly designed booth in South Hall 4 booth No. 83740.

Since January 2014 the engine line-up of the Motorenfabrik Hatz has been extended with a new member: the 4H50TIC (TIC: turbo intercooler). Sales of the 2-litre diesel engine which is equipped with a Bosch common rail system, started in January 2014. Like all Hatz engines this engine also brings a number of technical innovations with it which make it the most compact in its class with the best power density compared to its competitors.

Due to the new combustion process iHACS (intelligent Hatz Advanced Combustion Strategy) and an optimized combustion chamber geometry, combined with the sophisticated technology of the Bosch common rail system, which operates with injection pressures up to 1800 bars, the particulate emissions are considerably reduced. Therefore it is possible to achieve the exhaust emissions standards EU 97/68 stage IIIB and EPA Tier 4 final without the use of a diesel particulate filter (DPF).

Apart from the technical data the engine also scores high marks with low cost of ownership; firstly because of a low fuel consumption of 205 g / kWh (best point), and secondly because of a long service interval of 500 hours.

The development of 4H50TIC is funded by the Federal Ministry of Economics and Technology based on a decision of the German Bundestag.

The 1D81C Aircon APU combines an air conditioning compressor with a generator and is driven by an air-cooled diesel engine. Application areas for the Aircon APU are primarily construction machines, which are driven by a large engine. On average, construction machinery with large engines is working between 30 and 50 % of the time in daily use and run on idle speed the rest of the time. In addition to an average fuel consumption of 4 to 5 gal / h, this also shortens the time between maintenance intervals.

The Aircon APU supplies cooling air to the cab via the compressor and simultaneously charges the batteries of the machine. Depending on the requirements, the system can be operated with various Hatz engines. The Aircon APU consumes approximately 0.55 gal / h. In best case, the system saves about 4,200 U.S. gallons of fuel a year, so that it will pay for itself after 12-15 months. In addition, the Aircon APU gives security against upcoming non-idling laws in the US that prevent the use of the main engine for air conditioning during idle time. Because of their compact size, the 1D81C Aircon APU can be easily integrated into existing applications. 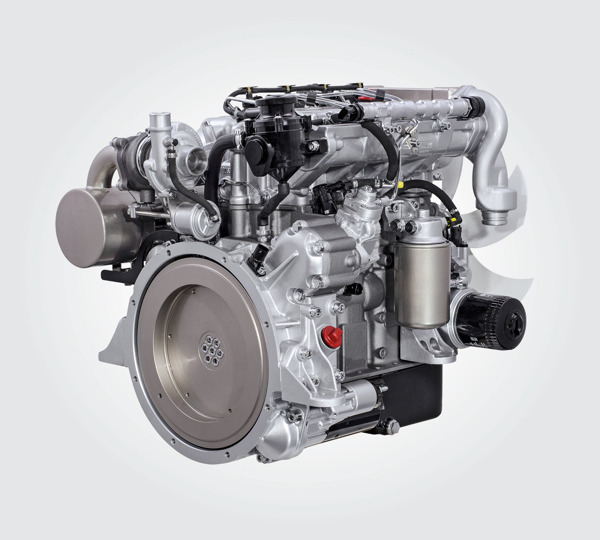