Bernd Krüper comes from MTU Friedrichshafen respectively Rolls-Royce Power Systems. He is very well noted for his many years of market experience and comprehensive expertise for propulsion technology in the off-highway and automotive segments. As MTU Vice President he was heading the construction & agriculture business which is also very important for Hatz. Furthermore, Krüper's duties at Rolls-Royce Power Systems and MTU also included the heading of marketing and product management after which he very successfully was in charge of worldwide operations as Vice President Industrial Business and President Greater China.

"In recent years Michael Schweigert has performed outstandingly and he has led our company with competence and responsibility. I thank him personally and also on behalf of the Hatz family and the whole advisory board for his exceptional dedication and trusting cooperation. We wish Michael Schweigert much success in his new responsibilities and challenges. At the same time, we welcome Bernd Krüper as a very well proven expert and leader in propulsion technology, and we are looking forward to his contribution, our cooperation as well as the tasks we will fulfil together with him", said Wolfram Hatz, Majority Shareholder and Chairman of the Advisory Board at Hatz.

"Our cooperation with Michael Schweigert was marked by close and personal relationship, particularly in production. His sympathetic ear for the employees' concerns combined with establishment of new and improved processes engendered a trustful relationship, for which we thank him very much as the works council and on behalf of all the employees", said Gerhard Krottenthaler, Chairman of the Works Council at Hatz. "Well equipped for the future, we are now looking forward to the forthcoming cooperation with Bernd Krüper."

Bernd Krüper together with Thomas Lehner, responsible for finance, human resources, purchasing and IT since the end of 2016, will now comprehensively develop the Hatz future strategy with on an excellent basis. Engine sales are around ten percent above target due to the highly versatile engine portfolio as well as a good economic situation. Hatz also continues to have a solid liquidity position and order situation.

Several new national and international major orders in the engine component segment, such as connecting rods, crankshafts and turned and milled parts, will additionally increase sales by around 20 percent in the years to come. The continued high volume of tenders and the state-of-the-art expansion of prototype production will provide additional potential for orders.

The future of Hatz is linked closely with the newly developed and cutting edge H-series engines. The innovative water-cooled engines with three and four cylinders are available in different configuration levels and performance ranges and are very well received by the market. Recently, for example, a new major order was won that by itself will absorb up to a quarter of the H-series current production capacity from 2019.

Hatz continues to rely on innovation and advancement. This is why the manufacturer of industrial engines invests high amounts in predevelopment and new development as well as product management. Furthermore, Hatz works closely with leading universities in Eastern and Upper Bavaria to look collectively at innovative future concepts. The focus is on subjects and tasks such as big data management, Industry 4.0 and, what is very current, future combustion engine drive solutions as well as the development of alternative fuels.

To cope with the further expansion, Hatz has already recruited numerous new employees in production and is also currently focussed on seeking personnel in other company departments. 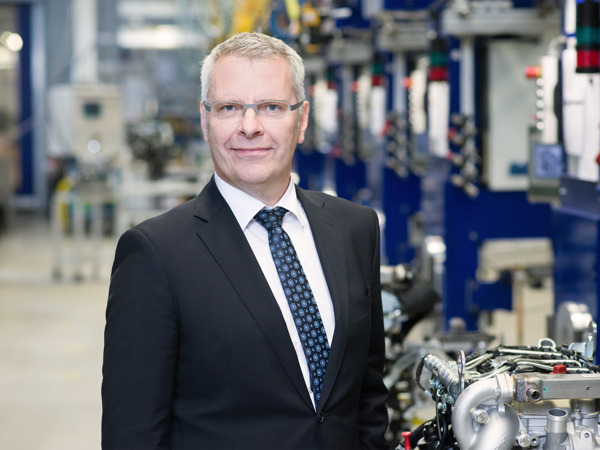